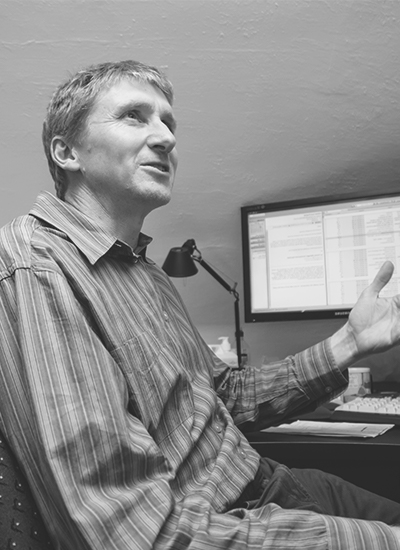 David has been with Gandy and Roberts since 1994 and a director since 2001. From an early stage, he has worked on many of the largest of Gandy & Roberts projects as lead designer and project coordinator.

His career has been underscored by integrity, hard work and a collaborative approach to problem solving. David has developed an innate ability to evaluate the core issues of a problem that enables him to effectively critique designs, providing high level review of ideas in the conceptual stage of a project.

David’s tenacity and belief in providing the client with the best possible result has allowed him to save millions of dollars in construction cost on over budget projects by challenging the design decisions made by planners, architects and other engineers. This is an asset that all who work with him appreciate.