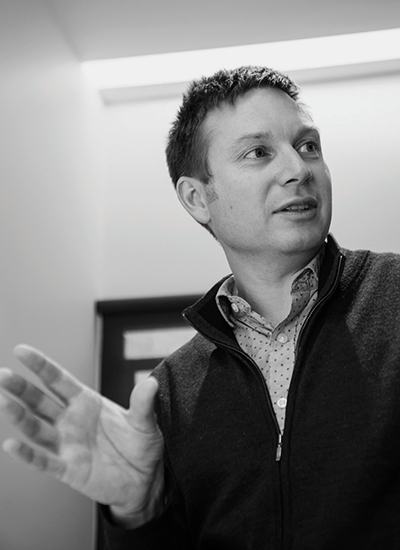 Richard started his engineering career at Gandy and Roberts in 1993, while still a student at university. He went on to gain valuable experience working interstate and overseas in Western Australia and the UK. He has worked on many projects in Asia, including the Grand Legenda (a high rise casino development which was built in a seismic zone in Subic Bay in the Philippines) during his time in Western Australia and spent two years with Upton McGougan in London.

Richard returned to Hobart in 2003 with a renewed appreciation for the specialist skills and innovative thinking within Gandy and Roberts. He has been a Director of the company since 2008.

Richard’s interests lie with challenging projects and whilst he has extensive experience in concrete design, he most enjoys distilling complex steel and timber structures into simple forms which achieve the architect’s brief through innovative, economical design and simple detailing. Particular examples include the Burnie Maker’s Workshop, the Tarremah School Hall and the Friends School Assembly Hall. Some projects Richard has been recently involved in are the Brooke Street Pier Ferry Terminal ($12M budget), the Blundstone Arena Western Stand ($30M budget), Mona Pharos, UTAS Melville Street Student Accommodation and the Huon Aquaculture On Growing Facility. Richard draws satisfaction from diversity in projects, irrespective of scale and is not afraid to explore new construction techniques.