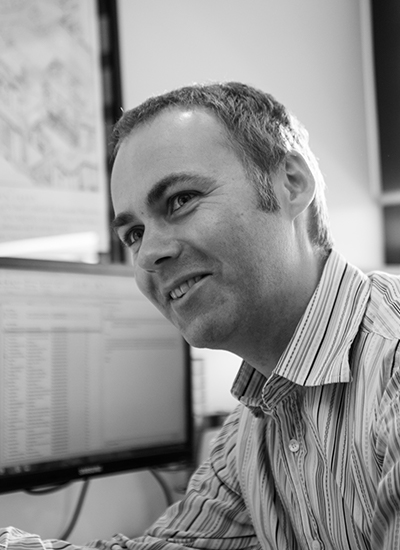 After joining Gandy & Roberts in 1995, Adam moved overseas in 1999 to pursue opportunities in the UK. Whilst in London he worked on a number of high profile buildings including The Bullring in Birmingham whilst with The Waterman Partnership, and The World Trade Centre in London with Upton McGougan. He became a director in 2002 after returning to Hobart with a greater appreciation for the freedom of design and creative ideas that exist at Gandy & Roberts.

Having always been interested in the way technology can help to visualise and communicate engineering solutions, Adam is actively working on expanding Gandy & Roberts’ BIM capability to offer BIM Coordination and BIM Construction services to the AEC Industry as specialist disciplines. Through recognition that coordination of building documentation is a discipline in its own right, the aim of this enterprise is to use BIM technologies collaboratively with project partners to deliver a fully coordinated model which can also be used by the builder and the building owner as a foundation for a construction and/or facility management model.

Adam’s creativity, enthusiasm and ability to work with a wide range of people is evident in all of his projects. Recent projects Adam has been involved with include the University of Tasmania’s Creative Industries and Performing Arts building adjacent to the Theatre Royal (a $90M joint State Government, UTAS and Theatre Royal performing Arts Centre) in association with Arup Melbourne, and the $40M Ibis Styles Hotel at 173 Macquarie Street for Singapore based developer the Fragrance Group