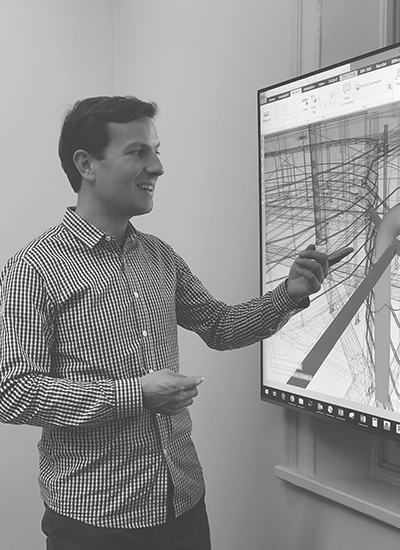 Born and raised in Frankfurt (Germany), Klaus is a fierce advocate to improve construction processes through the implementation of BIM (Building Information Modelling). He believes that BIM and associated technologies is the key to realise productivity gains in the construction industry.

Klaus was introduced to model-based design and production processes during his joinery apprenticeship in Germany. This allowed a higher degree of pre-fabrication and client confidence as well as reduction of on-site labour and improved product quality. Following further study and an engineering degree, Klaus discovered BIM whilst working as a structural engineer for a multi-discipline consultancy in Brunswick (Germany), and quickly recognised the enormous potential it contains to advance traditional design/documentation/construction processes.

After relocating to Hobart in 2013, he took on the role of Technical Consultant for Revit and BIM processes at A2K Technologies (which involved setup and implementation of Revit and BIM processes in many architecture, engineering and construction practices across Australia), before joining the Gandy & Roberts team as BIM manager in 2016 and company director in 2018.

After practicing BIM for over 10 years, Klaus remains confident that it provides exceptional opportunities on all projects for all project stakeholders. In contrast, poor implementation of BIM will inevitably end up in frustration and failure to deliver its promises. Success requires commitment, skilled project partners, a tailored strategy for each project and a dedicated BIM team. His current role involves establishing BIM Consulting at Gandy & Roberts as a discipline in its own right, and to establish client confidence in our ability to deliver on the BIM promise.