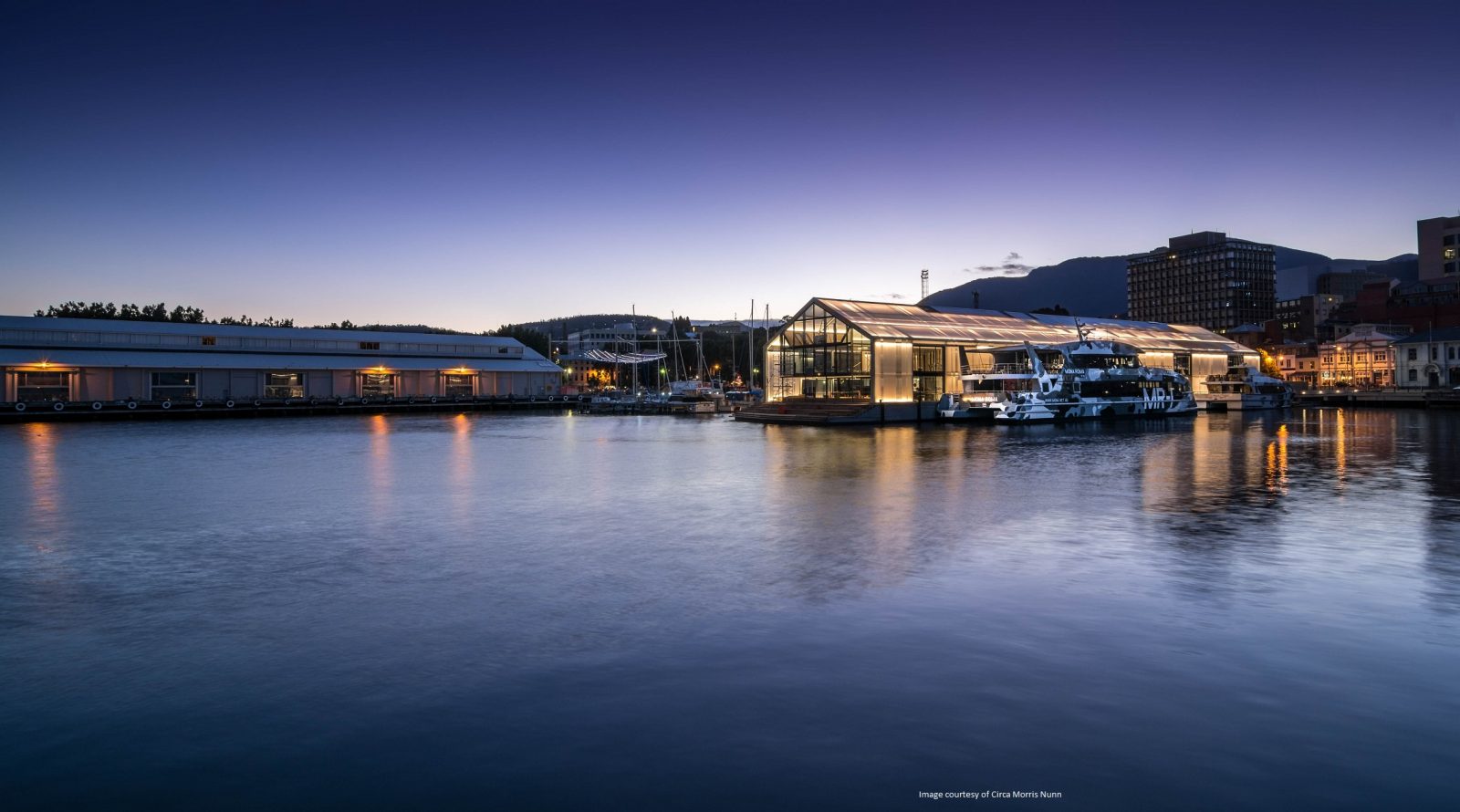 Photo courtesy of Circa Morris Nunn 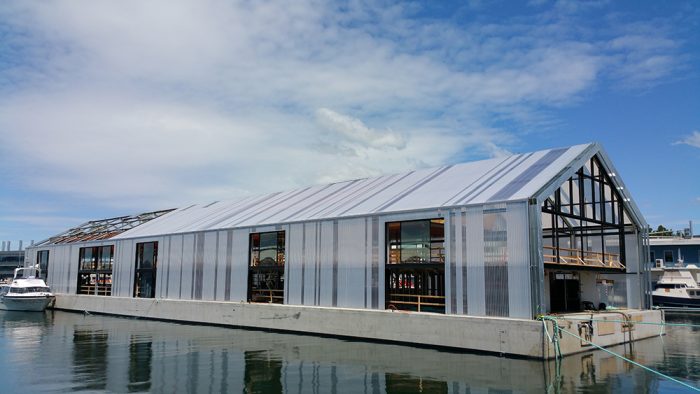 Settled in Sullivan’s Cove at the city’s serene waterfront, Hobart’s Brooke Street Pier is Australia’s largest floating building. The structure’s base, which is essentially a 20 by 80 metre raft weighing in at 4000 tonnes, began its construction at Prince of Wales Bay in April of 2014. It was later towed 8km down the Derwent River to its final destination for completion as a four story lightweight tourist hub. Anchored with Seaflex environmental mooring technology, the Brooke Street Pier minimises impact on the surrounding natural environment. Variations in the water levels regulate the moorings, extending and retracting them smoothly to preserve the seabed and coexisting ecosystems. Further ecological considerations established on this project include the hydraulic heating and cooling system sustained by the constant temperature of the sea water below the pier itself; and the deliberate use of polycarbonate cladding to create a green house effect within the building, heating the indoors naturally.

Beside being a precedent for environmentally considerate engineering, the Brooke Street Pier is an enticing centre of activity. From whiskey to opals and cheeses, the attractions of the pier draw hoards of tourists in daily. Alongside an extensive array of onsite temptations, the floating terminal is port to two iconic Tasmanian day cruises; the MONA ROMA Fast Ferry takes the scenic route from the Hobart Wharf around to the Museum of Old and New Art, whilst the Peppermint Bay Cruise journeys along the captivating coastlines of Tasmania’s south. Nestled in the heart of the town’s cultural scene, the Brooke Street Pier establishes a harmonic interface between the great Derwent River and the city of Hobart. 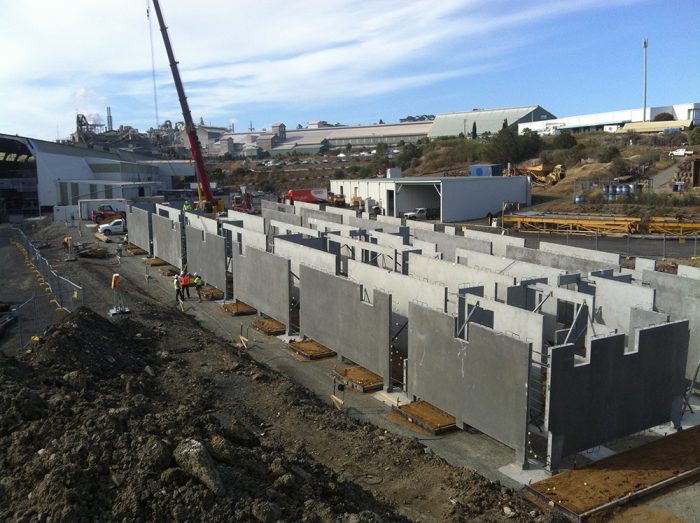 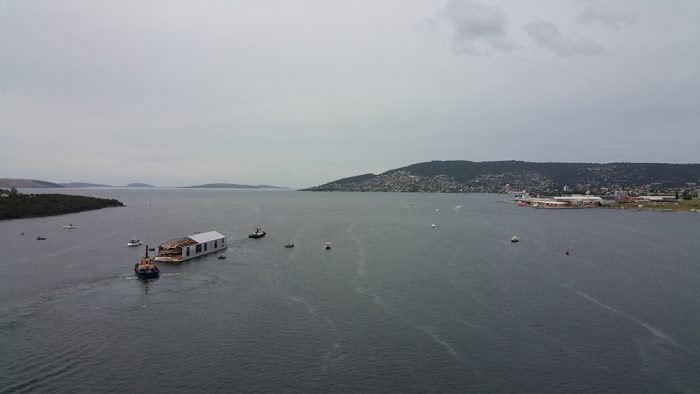 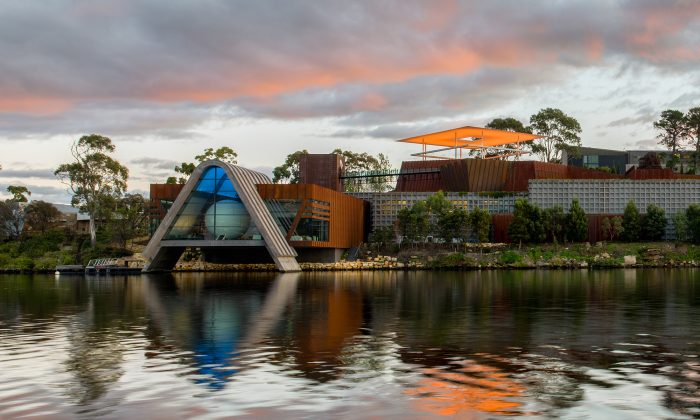 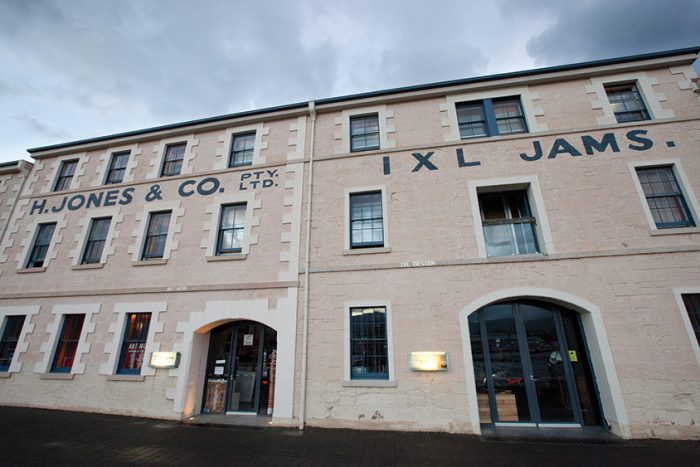 A four-story refurbishment of the original Henry Jones IXL jam factory for mixed use as a hotel, ret...

A new three-storey home for the University of Tasmania’s Institute of Marine and Antarctic Studies...